Quite Possibly the Best Weekend Ever 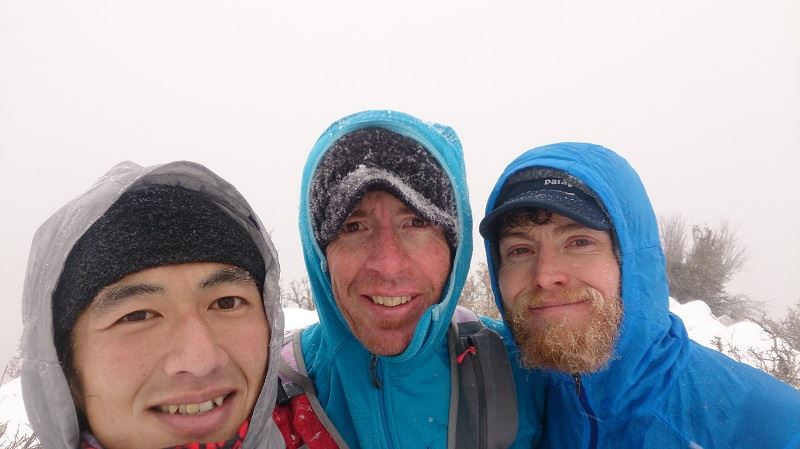 This weekend has been one of the most enjoyable weekends I have had in quite sometime. It is not all that often that you get to run with some of your best friends, up a burly route, all day, and then top it off spending time with family and dear friends. This weekend I got it all! We started our weekend a little early with a trip to the climbing gym on Thursday night. Brynlee and Chloe have been really into climbing lately and they were psyched to get their send on. They climbed until the staff was shutting off the lights. Chloe working hard for the next send.

The next day we headed to SLC. For the last couple of years a few of us have gotten together to run laps on Grandeur mountain. The unofficial king of Grandeur, Jared Campbell has tried in the past to use it as a fundraiser or to raise awareness for Breathe Utah. This year a group of us just got together to test out our quads on the peak.

At 6:00 am Saturday morning a group of 6 or so of us headed out of the parking lot for our first lap. All of us had varying goals and depth of commitment to the day. Jared, who has originally been planning on going for 24 hours had been ill for most of the week and decided to help crew and motivate people out on the mountain. I had the goal of running three laps hard, a soft goal of doing at least as many laps as last year (6), and a slight aspiration of going for 24 hours. Throughout the day many more friends, familiar faces and new acquaintances to me all came out and did some work on the peak.

Long story short I did the first three laps in 1:23, 1:26, and 1:27. The second and third laps included a 2-3 minute stop to chat with Jared and grab some food. After the third lap I took about a half hour to eat, change clothes, and warmup. Lap 3, wheels starting to come off

The fourth lap was a bit of a battle. I had let my nutrition get a little behind and I bonked in pretty epic fashion. Things started to turn around on the descent and by the time I hit the bottom I felt a bit better. Tanae and the kids met me at the bottom with a huge burrito and some stoke. I enjoyed another 30 minutes or so with them and chatting up Jared before heading up for the fifth lap. The fifth went better than the fourth, but not quite as fast as the first three. After the fifth lap a small group of us had a discussion about continuing. Ty Draney and done four laps and was getting close to being done, Roch Horton had done two and thought he had about one more in him, and Tetsuro Ogata had two and thought he would be satisfied with one more. So we teamed up and headed up for one last lap. Ryan Mcdermott had started ahead of us, but ended up descending with the group. It was super fun to be up in the blizzard conditions up high with good friends after a long day of hard work. Just after 5:00 pm we wrapped up our adventure on Grandeur. There were still a few hardy souls out there, and I think there was something like 90 summits done on Grandeur. Roch, Ty, Testsuro and I headed back to Roch’s place, rounded up the family and headed out to dinner. We spent the rest of the evening swapping stories, being entrained by Brynlee and Chloe, and enjoying each others company. It was a grand weekend. Roch and the Roch Stars put on a a great show! Ty and I working hard to get the last lap done.

Mountain running shoes are tools and I chose the La Sportiva Helios with about 8 Hobnails per shoe, it was the perfect combination for the dirt and mud down low and the snow and ice up high. I fueled on First Endurance’s new EFS pro and Patagonia Provisions new Fruit and Almond bars. Of course I supplemented with some of Jared’s delicious quesadillas and hot chocolate. I was also testing out the new Merino Air shirt from Patagonia and I have to admit that I am so stoked to see it coming out in the fall, certainly one of the most versatile pieces of clothing I have used in a long time.

Today, as I sit in front of my computer my quads are so sore that when I shift in my chair it causes me to grimace and I can’t help but smile as I think back to the perfect combination of friends, family, and mountains, which when combined in this fashion, form the recipe for the best weekend ever.