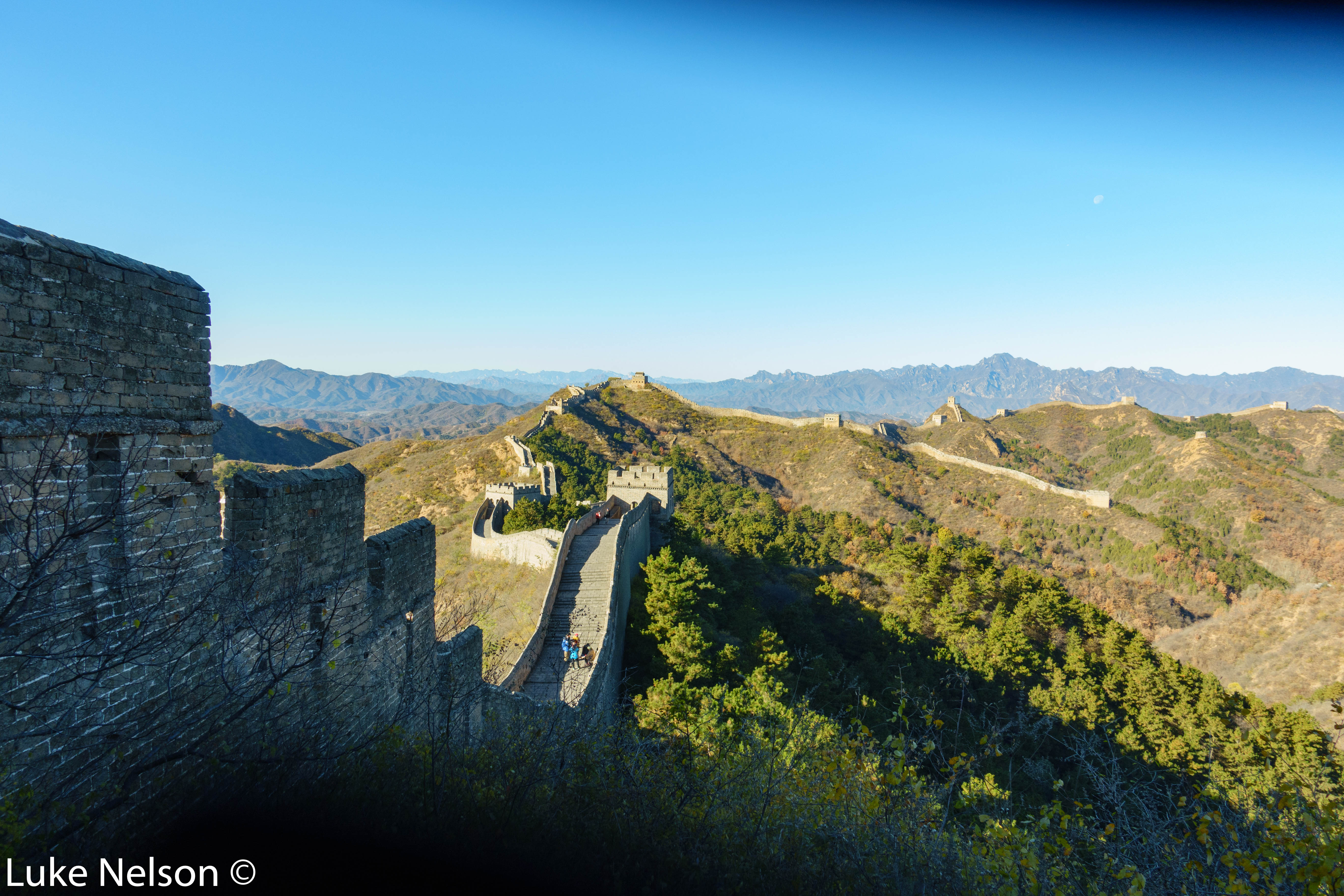 Unfamiliar view in the City.

Have you ever had the “trip of a lifetime” be offered to you? I have. The incredible thing is that this type of trip seems to come up a couple times a year. So what do you say when the opportunity to go to China to promote a film and run gets dropped in your lap? Well, if you do what I did, you say yes.

As I type this I am sitting on the 30th floor of my hotel in Hong Kong. It is nearly the end of this adventure in Asia that started out over a week ago in Beijing. Technically the trip started when I got on an airplane in Pocatello, Idaho, flew to Salt Lake City, and then on to Seattle where I met up with Krissy Moehl. We then flew from Seattle to Beijing. After 11 hours of sitting on a plane the lights, people and chaos of the city was serious sensory overload. I am not sure I had clear expectations of what it would be like in Beijing. I expected it to be busy, crowded, polluted; and it was, well except for the pollution. We happened to arrive at the beginning of a patch of good air, and the skies were actually quite clear during our time in Beijing.

We did not have a ton of time in Beijing which resulted in an action packed itinerary. The very first morning I woke early, likely from the jet lag, and cautiously went out for a run. The city is such an unfamiliar space to me. I had to be very cautious about where I went so that I could be sure that I could find my way back to the hotel. Many times during the trip I had to rely on the Trackback function of my Suunto Ambit in order to navigate this unfamiliar environment. After the run we were swept into a series of presentations, interviews, and parties. In what seemed a blink of an eye, the day was gone and I was back in my hotel prepping my pack for an early start and a trip to the Great Wall. They go all in when doing an event in China The Great Wall is a mind blowing structure.

The wonderful folks of Patagonia China organized a group running event on the Great Wall and the local trail running community came out in force. Krissy and I spent the morning running over 13 miles along the Great Wall with an incredible group of athletes. If you had witnessed the event you might have thought it was a race, complete with bib numbers and an inflatable finish line, but the feel was far less competitive and more festive. After the run we were able to share some pointers and tips about running and training before heading back to the City.

The third day in Beijing was actually spent seeing some of the more important historical sites. We were once again off early to tour the Summer Palace, Tiananmen Square and the Forbidden City. Honestly I can say that I had never imagined walking through, seeing and feeling such incredible sites, and although we found ourselves amongst large crowds of tourists the emotion of these places still came through. Later that night we celebrated the end of our trip in Beijing with one of the more amazing dinners I have experienced. Roger took us to his favorite restaurant and treated us to some of the finest local cuisine. Guards at the entrance to the Summer Palace. The lake and the hill were made by people. The entrance gate to the Forbidden City

The next morning was another early wake-up call. This time the call was not to more adventure, but back to the airport. After a short drive, Coco dropped us off at the airport to fly to Hong Kong and on to the second portion of the journey.

I have to extend a very special thanks to Roger for his incredible hospitality while we were in China. He and his team: Luke, Coco, and Hong, all treated us so well. I feel quite fortunate to have made friends with these wonderful people. Also thanks to the local trail running community for coming out and supporting our films, slideshows and running events. In the next post the trip continues in Hong Kong.