The Smell of the Weekend 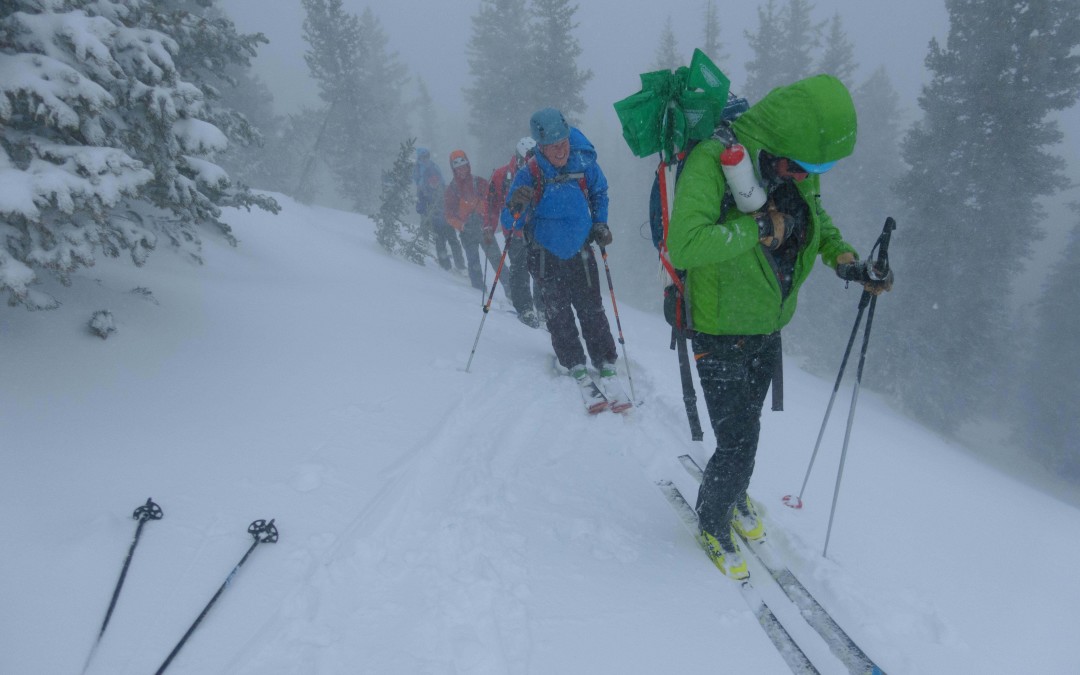 Weekends are busy times. With the demands of work, family, training and various other responsibilities there is often little time in the week to adventure. Hence the time old tradition of packing as much as possible into a weekend. When I left home on Friday morning, the truck was packed for 3 days of fun. There was, of course, a few hours of work that needed to be done Friday and then was off to the mountains. Friday night there was skiing with the family while I fulfilled my responsibilities as a volunteer ski patroller, there was more skiing Saturday as I tested for the Senior Ski and Toboggan exam for National Ski Patrol.

As soon as I could escape the testing I knocked out the drive to Salt Lake and then up to Brighton. Saturday night I spent with good friends, eating raclette and sharing stories of the days events that unfolded at the Wasatch Powderkeg. I crawled into my sleeping bag on the couch just before midnight, and crawled back out of it, quite bleary eyed, four hours later to begin volunteer duties for the Powderkeg.

As we walked out the cabin just after 5:00 am we were greeted with a light rain, and a couple miles up the road that turned into heavy snow and wild winds. By the time we boarded the lift with the other volunteers it was a full on snow squall. Standing on the ridge in 40+mph winds made the thought of spending several hours standing in the raging elements unappealing. As Nick and I chuckled about the situation there was radio traffic about a small sluff and concerns from the radio and from our group of volunteers about the safety of proceeding with the race. Standing on the ridge in the Squall.

The hard decision was made and the race was canceled. Somewhat relieved we ripped skins and skied back to the base. A few hours were spent cleaning as much course as we safely could and just after 2:00pm I was driving back north, en-route to home. Course clearing, and trying not to get blown down the canyon.

The fatigue was settling in and just outside of Ogden I drifted across a couple lanes of traffic. This, fortunately did not result in a crash, but led me to pull off a random exit and into the first parking lot I could find for a nap. Immediately I fell asleep only to be startled awake by the sound of two sketchy looking characters trying to break in to the back of my truck. The look on their faces was priceless when the truck fired up and I floored the gas on the way out of the parking lot.

At one moment during the remainder of the drive I caught a whiff of a weekend’s worth of skiing, sweat, and fun. Honestly, the smell was repulsive and it brought a huge grin to my face. In the last 60-someodd hours I had worked, skied, skied more, drove, hung-out with friends, slept on a strange couch in my sleeping bag, skied, skinned, napped, evaded theft, and white knuckled the rest of the drive. I had not showered. I couldn’t help but laughing out loud as I thought about how much I loved the smell of the weekend, then, I cracked the window.