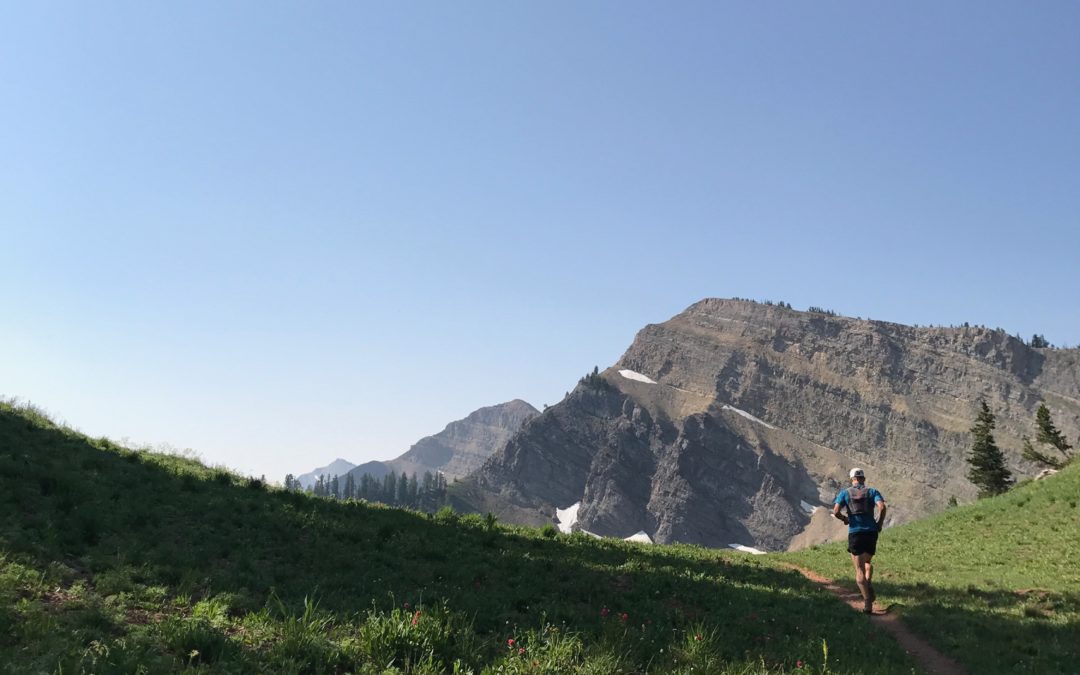 It was October, an overcast morning, and I was running as hard as I could up the Valve House trail. I was chasing one runner, Big Wray Landon. Another couple of runners were hot on my heels, but Wray just kept pulling further and further ahead until I lost sight of him in the early morning fog.

I was new to trail running and to running in general. A few months early I ran a marathon with no training, but discovered i had a bit of a knack for it. This trail race was my first on dirt and I was having a wonderful time. I met Wray at the starting line and I immediately felt as though we had been friends for a very long time. Conversation flowed with ease and laughs came easy. The race started and Wray quickly pulled out front and began to gap the field.  When we topped the climb I hadn’t see him for several minutes and I turned on the faint trail that led down to the finish.

To my surprise I crossed the line in first; I was very confused, Wray had been dominating the race and should have won by a large margin. Runners trickled in for the next hour and still no Wray. The last runners came in and the discussion about Wray continued. Did we need to go look for him? A couple of us ran back up the course to the faint turn off and noted that one set of tracks did not make the turn, they continued up the trail towards Scout Mountain. We doubled back to the finish to report our discovery and were happily greeted by Wray himself! With a huge grin he explained that he didn’t notice the turn and had run for quite some time before coming to an unmarked intersection. He began to realize his mistake, but instead of turning back he turned and kept running, content with running extra miles. He would end up running ten or so extra miles.
Over the next couple of years Wray and I often met at the starting line of uphill races, tough mountain races, ultras and skimo races. Dozens of events and only one time did I manage to get to the finish before him, and it was that first time when he got lost.

In February 2010, Wray didn’t come home from a ski trip in the Tetons. He was involved in an avalanche that took his life far too soon. I was deeply impacted by the loss and felt a void nearly as big as Wray himself.

Yesterday I toed the line at El Vaquero Loco. I’ve raced the Vaquero 7 times before, but all the 50k distance. The first two times I raced the event Wray was there. He raced the 25k and since the course was an out and back, I was always chasing Big Wray. This year I raced the 25k for the first time. I didn’t know much about the field for the race, although I saw some familiar speedy faces at the start. There was one face that was physically absent, but the one that I wanted to race the very most. When Ty sent us off, I went out hard, chasing Big Wray. In 2009 he set the 25k course record and a couple people had gotten within a few minutes but the record stood. As I worked my way up through the oncoming traffic of the 50k runners I kept imagining Wray just ahead pulling away. The course was in prime condition, wild flowers in all time form. My lungs burned and legs ached as I pushed up the trail. I wanted to stop to smell the flowers, but I was chasing Big Wray.

The splits were coming together and as the mileage clicked by it began to look like I might get the chance to finally catch Wray. As I topped out on Balls Pass, just under two hours in to the race, I had 26 minutes to catch Wray at the finish line. Wray was a legendary downhill runner and it was one steep, loose, technical descent to the end. I imagined his huge grin he flashed after we raced down the west face of Menan Butte years before and couldn’t help smiling for 3000′ of down as I remembered that moment.

As I crossed the finish line, just ahead of Wray’s record, I was full of joy. Not joy because of beating an 8 year old course record, but joy for being able to experience one more run with Wray. In such a short time Wray Landon made me a better person. He pushed me to run faster and ski harder. He showed me stoke and happiness that was contagious. I learned how humility and strength can simultaneously exist. The most important thing that I learned yesterday, I will always be chasing Big Wray.